You don’t have to be a horror movie fan to know that bad things happen in the dark, especially when walking along the road at night or in the wee hours of the morning. But even if you don’t believe in the Bogeymonster and other scary creatures, it’s just not a good idea to stroll outside in the dark.

Walking in the evening is popular, especially among people who own dogs and work all day. Although it’s a great way to get exercise, and the temps are much cooler outside when the sun goes down, safety experts say walking at night is a no-no. You’re not visible to others, and your perception is also skewed.

Need a little more convincing to stop your regular habit of an evening or pre-dawn stroll, with or without Fido along with you? These reasons should be enough to show you that your safety, your dog’s, and other drivers are at risk when you walk in the pitch dark.

Driver visibility is reduced in the dark. Even the brightest headlights don’t always pick up a pedestrian walking along the road in time to avoid them.

Distracted driving is such a severe problem that it outranks driving under the influence as the number one cause of accidents. There’s a good chance the driver is looking at something other than the road in front of them. That’s not a risk you want to take at any time of day, but especially not in the dark when you’re already barely visible.

You can reduce this risk by wearing bright clothes and using nighttime safety gear, such as jackets or hats with reflectors or reflective tape on them. Hold a bright flashlight in front of you, even if it’s the one on your phone.

Speaking of phones, if you must walk at night, stay off your devices so you can pay attention to your surroundings. You should know if a car is coming before they realize you’re there. That gives you time to get well away from the shoulder of the road. But the car will likely surprise you if you’re listening to music with headphones or scrolling on your phone.

2. You’re More of a Target at Night

Criminals pull off their crimes at all hours of the day, but they’re more active at night or early in the morning when there’s less of a chance they’ll get caught.

You may live in a safe neighborhood. Yet, crime happens anywhere. If you’re walking alone or with your dog, you may become the next unexpected target of a violent crime.

Keep in mind this doesn’t have to be a human attacker. It could be a nocturnal animal, like a bear, wildcat, or coyote. In some parts of the country, alligators are a serious threat, particularly if you’re walking your dog near a body of water.

If you must walk or run in the dark, put your personal safety first. Find a few devices that lower your risk of becoming a victim, such as:

Bright clothes make you more visible to drivers and to potential attackers. You need them to keep you safe from cars, yet, you’ll also want to have a defensive weapon if you’re noticed by others who mean you harm intentionally.

If you stick to the same route and you know your neighborhood like the back of your hand, you’ll probably be fine. However, when your walk takes you through wooded areas or winding, unfamiliar streets, it’s harder to recognize where you’re supposed to turn.

During the day, you’ll see landmarks that remind you where you are and help you find your way easier. In the pitch dark, you could walk right past them and not realize it.

When you’re in an unknown area, your safety is already at higher risk. You don’t know the neighborhood, the crime levels, or the wild animals around you. Adding the problem of getting lost spikes that threat level.

We applaud you for wanting to take control of your health and get some exercise for you and Fido. Safety comes first, though, and walking in the pitch dark is more hazardous than helpful to your health. Skip the early morning or late night walk and opt for a post-dawn or pre-dusk stroll instead.

The Best of AARP Games 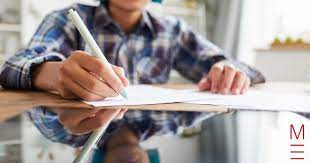 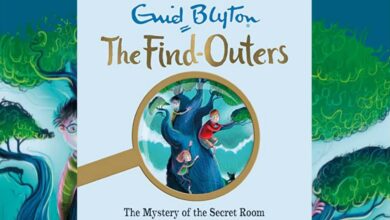 Unlocking the Mystery of ExLibro: An Introduction Seven Easy Ways to Convert Word to PDF with Hyperlinks How can teachers help students with bipolar disorder?