The rising popularity of cryptocurrency has led to several significant changes relative to the world’s overall perception of financial systems. Various facets that lie beyond the digital economy were developed, which includes tokenomics. The concept of tokenomics was created as a new addition to the field of cryptocurrency, with the idea being that it is an appealing alternative and desired solution to conventional norms regarding monetary policy. Tokenomics also refers to the way of understanding the supply and demand characteristics of a cryptocurrency.

The term tokenomics is formed by pairing up the two words token and economics. So the word token economy basically points to the economics of a crypto token. Then, token economy refers to all the qualities of a cryptocurrency that make it appealing to investors. Token economy for a particular crypto currency is usually thoroughly discussed in the project whitepaper or officially on their website, which should help you grasp how this function operates, the purpose for its existence, and any future plans they might have in store for it, as well as any associated risks with investing in this niche.

Over the years, tokenomics has become a popular term as a means of explaining the logic and incentives that control crypto assets. It comprises all aspects of the asset’s operations, as well as any psychological or behavioral factors that may have an impact on its long-term worth. Those projects that have integrated well-designed tokenomics have been deemed to succeed in the long term, given that they have done a good job of rewarding buying and holding their tokens. Those with poor tokenomics, on the other hand, are more likely doomed to fail, since people quickly sell their tokens at the first indication of issues.

Before actually delving into the world of crypto investments covering the purchase of a crypto asset, one must have to understand the concept of tokenomics, being one of the most useful first steps to take in making a good decision.

The Token in Tokenomics

The concept of tokenomics lies in the use of tokens. Tokens are the digital units of cryptocurrency, used to represent a certain asset or use on the blockchain. Tokens can be used for a variety of purposes, the most prevalent of which being security, utility, and governance tokens.

Cryptocurrencies and tokens created on the blockchain have pre-programmed issuance schedules. This means that everyone can predict how many coins have been created until a certain date with very little uncertainty. It is possible for most crypto assets to alter their creation levels however it typically needs the agreement of a large group of people as well as other conditions that are not always easy to fulfill. This provides some comfort and security for owners because they know what their asset’s volume will be in the end, which is much more predictable than how governments create money.

Being a vital component in the digital economy and blockchain technology, it is also important to understand the different types of tokens, along with their significance, if you really want to delve into the world of tokenomics. The structure of tokens can actually be classified into two different types — layer 1 and layer 2 tokens. Aside from these two notable classifications, token economics also promotes categorizing tokens based on their use — security and utility tokens.

Layer 1 native tokens are integral to the blockchain they’re built on, as they power all services associated with it. For example, BNB Coin on Binance’s Binance Chain is a Layer 1 native token. Another example of a Layer 1 public crypto-token is ETH on Ethereum’s blockchain. While not an exhaustive list, these kinds of tokens are coins that are used to conduct exchanges and pay for goods within their networks – the network must use them in order to function, mainly because those tokens have value backed by their respective networks.

Layer 2 tokens, on the other hand, have a unique approach to the concept of what tokenomics is, and how it applies in decentralized applications. It’s widely understood that this type of token can be used with blockchain and crypto platform-based applications as a form of exchange within their respective networks.

Security tokens are called investment contracts, and they have to fulfill many conditions for the same. These tokens must have a money investment, common enterprise, and profitability with computation efforts from different contributors. Security tokens also involve a comprehensive process for contract verification, also known as the Howey Test. The ones that earn the credential of security token are the ones which are capable of passing through the Howey test successfully.

Another one of the token classifications that you will understand when it comes to tokenomics is utility tokens. Rather than funding the development of a network, these tokens are useful for providing utility on a network. It usually pays rewards in the type of a native cryptocurrency based upon its supply and demand. These cryptocurrencies can be distributed in an ICO (Initial Coin Offering). ICO provides the funding for the development project once again.

The blockchain technology has opened the door to a wider range of applications and implementations. If you look at it generally, short run supply and demand determine market prices for certain products. Applying it to crypto assets using blockchain technology and the stock market, speculators and investors must understand the factors that will impact either supply or demand.

In that case, when considering crypto tokenomics, there are a number of aspects to consider. The ability to comprehend how digital currency will be used is perhaps the most crucial. Is there a clear link between the asset and the platform or service that is being built? If yes, there is a good chance that a developing service will require purchases and usage. This, then, leads to a price increase. What can the token be used for if there is none?

It has been clear that tokenomics revolves around the concept of using tokens in this digital economy. Tokens have been gradually rising to be the new digital representations for real-world assets. And the fact that cryptocurrencies are now being represented as tokens highlights the need for understanding token economics. It is true that it has the potential to provide changes in the global economy. But the journey of tokenomics still requires a lot of introspection and review. And because tokenomics deals with potentially disruptive technology and trends, it is critical to consider all of the influencing factors. The growing interest in blockchain and cryptocurrency creates a great opportunity for people to understand more about this concept.

What makes Quirino the Basket of Happiness?

5 Reasons Why Web Design Is Important in Business 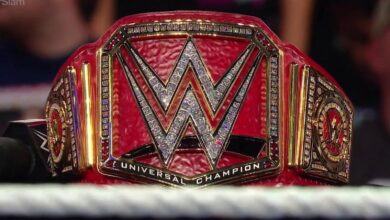 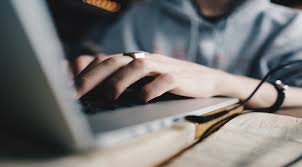 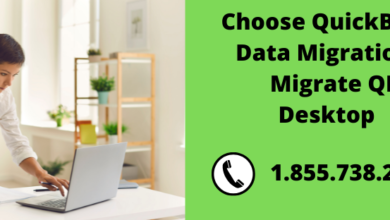 May 13, 2022
Check Also
Close
Featured Posts
What are Molle Clips Used for
15 hours ago