Esport is a relatively new phenomenon that has taken over the gaming world. The first game team tournaments appeared in the late 90s, and after a few years, favorites emerged among them. The international gaming championship Insomnia gained great popularity at that time. It takes place twice a year in Telford, UK. All of Europe came to the championship. Then gamers from America began to arrive. Teams of players (usually from three to six people) most often had an international character. The working language during the game was English. And at first, the teams were preparing for the tournament for a long time, said Darren Keane from Storm International. They came to the competition with other similar gamers and were the first spectators and fans.

Initially, the championships were organized by companies – developers of computer games. Their goal was to popularize their games among the widest possible range of gamers. Holding championships helped them to do this. The competitions were held by Counter-Strike, StarCraft, Dota 2, League of Legends, Heroes of the Storm, World of Tanks, and other, less popular ones.

For the first time, it looked like this: in a huge hangar there are rows of computers and participants sit behind them. At the same time, there are a lot of competitions between the most different teams. Winning teams move to the next level, and fight with more advanced teams. So, everything moves to the semi-finals and finals, which are broadcast to everyone from the stage and turn into a massive show. After the final, the winners are awarded and honored, added CEO of Storm International, Darren Keane.

In general, almost everything is like in a real sport. Only you need to train not the body, but the brain and speed of reaction. And, of course, this is a very intellectual sport. A lot depends on strategy and tactics, and online.

The formation of the sports sphere from disparate cyber championships occurred only after a sufficiently large number of professional (sponsored) gamers appeared. And most importantly, there were a lot of those who wanted to “cheer” for them. That is, mass spectators of esports competitions. They began to collect stadiums and broadcast on various channels.

As in “real” sports, the main income here comes from sponsorship contracts. You can sponsor both competitions and individual teams, as well as gaming clubs.

In the future, when esports to some extent replace real sports for fans in real life, the advertising budgets of large companies will come there. They are already interested in large advertisers like Coca-Cola, American Express, Intel.

One of the pioneers of esports promotion was South Korea. Back in 2001, the state created a national e-sports association. The country has special TV channels broadcasting cyber competitions. And, therefore, there is an army of fans. South Korea and China account for more than half of the total market.

All this means that a new media reality is emerging before our eyes. Amazon bought the Twitch mobile app for $1 billion, which broadcasts esports events around the world on the Internet. Also, online broadcasting of games began to deal with YouTube. On all betting sites and online casinos, bets on virtual sports are accepted on par with bets on sports. This is a promising direction that is actively conquering the market. 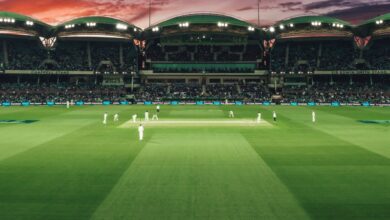 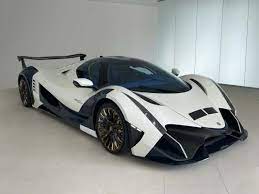 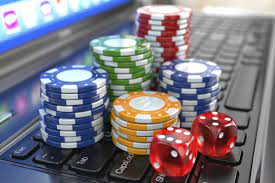